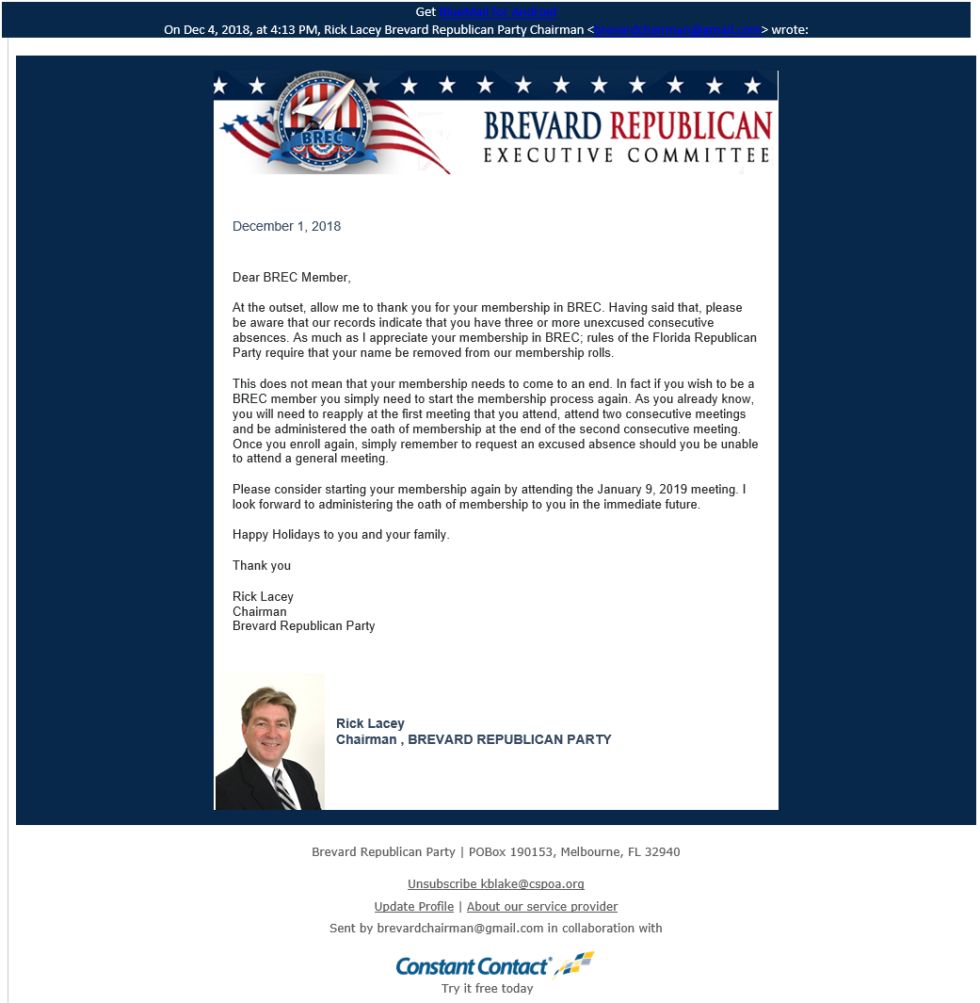 With less than six days to go before the December meeting at which the Brevard Republican Party elects its officers, candidates for the positions still don’t know which members are eligible to vote.

The last roster submitted to the supervisor of elections office was dated 9/29/18, but members and candidates have been told it isn’t the final roster, and some have been notified as recently as earlier this week they are no longer members because they’ve had three or more consecutive unexcused absences.

“When a member is unable to attend a scheduled meeting, the member must write, fax, text, or e-mail an excuse to the Secretary or District Chair prior to the meeting. A member can request an excuse by telephone. A telephone excuse must be documented by either the District Chair or the Secretary stating the name of the member, the date of the telephone request, the meeting for which the excuse is requested and the reason for the excuse. The excuses will be forwarded to the Chairman for disposition.”

Chairman Lacey’s unilateral decision to purge members from the rolls is troubling for the following reasons:

Amongst members, speculation for a reason for the purge is twofold:

Lacey has two challengers in the Chairman’s race: Josiah Gattle, a 26-year-old attorney that was part of the paid Republican staff that put up some of the best numbers in the state in the last election cycle, and local grassroots leader Matt Nye, a 47-year-old entrepreneur that organized the Brevard Tea Parties and currently serves as the National Chairman of the Republican Liberty Caucus.