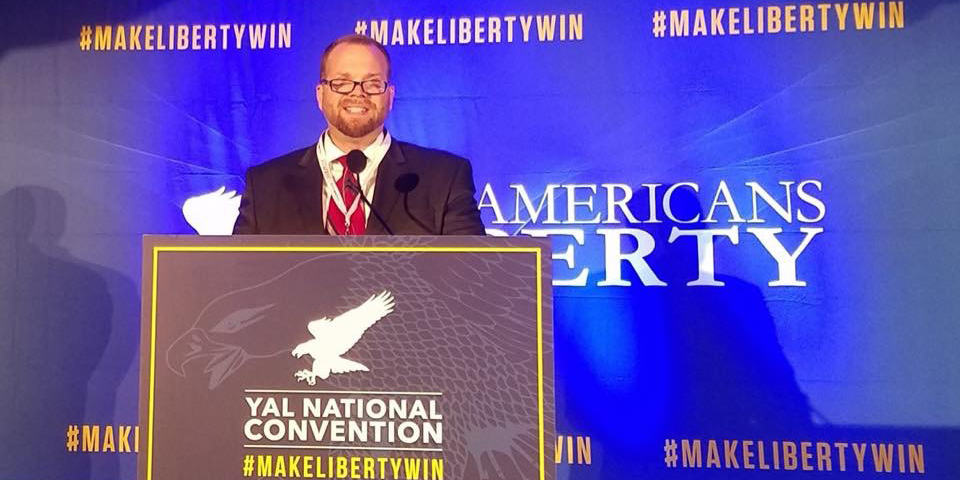 Local grassroots leader and former candidate for State House District 52 Matt Nye announced his candidacy for Chairman of the Republican Party of Brevard Monday. Nye, who lives in Suntree, is a Committeeman for Precinct 421 and has been an active member of BREC since 2007.

For more than a decade I’ve worked as a grassroots volunteer and leader to promote the core Republican ideals of individual rights, limited government, lower taxes, and free markets.

I’ve been a Precinct Committeeman for the Republican Party of Brevard since 2007. Over the years I’ve helped to organize numerous Lincoln Day Dinners and Candidate Picnics for the party.

In 2008 I founded one of the most successful local political organizations in the history of Brevard County. In 2009 I organized Tea Parties with as many as 4,000 attendees.

I’ve worked my way up to the position of National Chairman of the Republican Liberty Caucus. I’ve served as Treasurer for my local Rotary Club. And I’ve run for office and experienced the challenges only other candidates can truly understand.

To say I have “experience” building and managing grassroots volunteer organizations would be an understatement.

The next meeting of the Brevard Republican Executive Committee – the group that steers the local Republican Party – is Wednesday, December 12th.

If you want to take the local party to the next level, I urge you to attend and vote for me as Chairman.

Between now and the election I will be rolling out some ideas I have on how to take our organization to the next level, but one of the very first things I will do when elected is to ask the board to make the new website I created for the party here official.