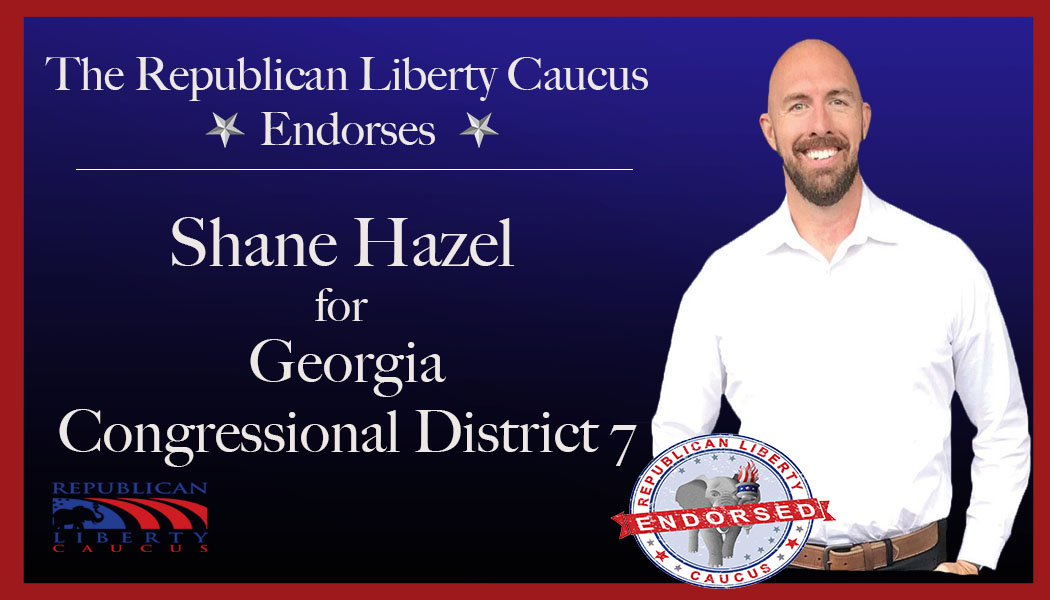 “The Oath I swore to uphold the Constitution means more now than it ever has. Democrats and establishment Republicans have usurped the constraints of the Constitution and arbitrarily grown their power at the expense of all Americans and their inalienable rights, turning a blind eye to the values and principles you and I share. With a firm reliance on the protection of Divine Providence, I pledge to you my life, my fortune, and my sacred Honor.”

Hazel has pledged to serve only four terms if elected and would work to eliminate the Departments of Veterans Administration, Education, and the IRS. He is running on a platform that is virtually identical to the principles of the Republican Liberty Caucus. We are proud to support such a principled candidate. We whole heartedly encourage Republicans to help elect Shane Hazel.