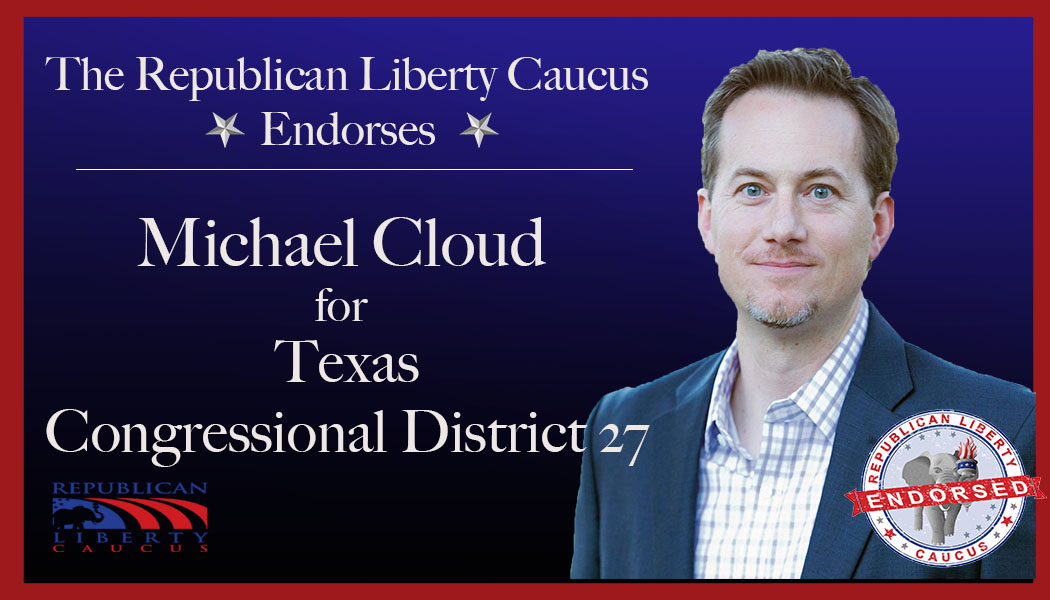 “The RLC is proud to endorse Michael Cloud for Texas Congressional District 27,” said Matt Nye, Republican Liberty Caucus National Chairman. “He is a fiscal conservative who has shown that he can get things done without compromising his values.”

The RLC endorsement of Cloud was made through a two-stage process. The Republican Liberty Caucus Candidate Committee screened Michael Cloud’s candidacy first, and then recommended endorsement to the RLC National Board.

“Michael’s time as has been a Republican leader for over a decade and his continuously fought fighting for fiscal restraint and limited government,” Nye said. “I am excited to see Michael Cloud bringing that fight to Washington DC.”