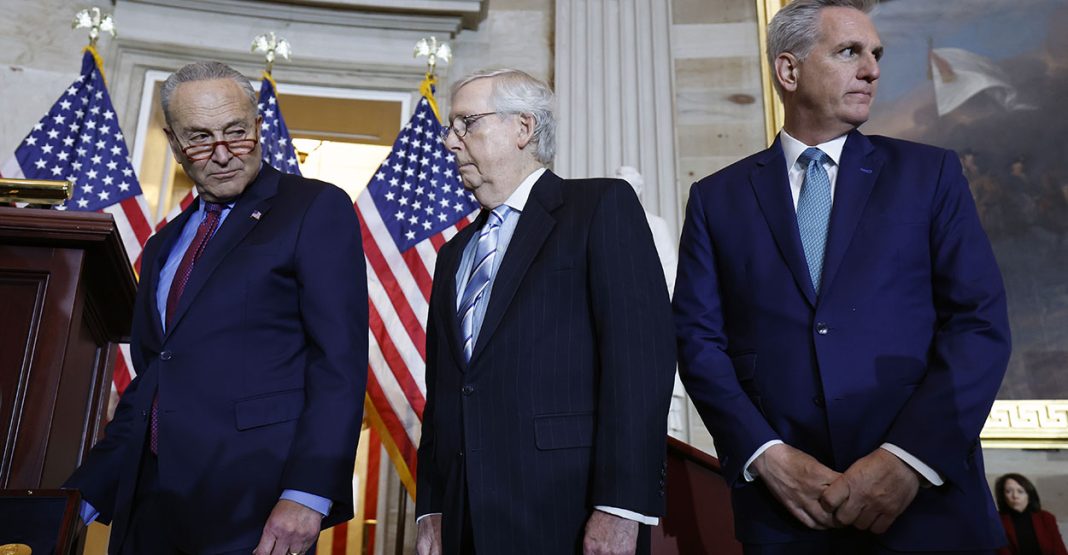 MELBOURNE, FL – Congressional leaders in both parties are preparing to ram through a Christmas gift most Americans would prefer not to receive: another massively wasteful $1.7 trillion omnibus spending bill that will lock in spending until September of next year.

The Republican Liberty Caucus vehemently opposes this reckless fiscal insanity and condemns every legislator in Congress who votes for this bill – especially the Republicans.

Last month, Americans sent a loud message to Washington, D.C., when they voted to give Republicans control of the House. Surging inflation and soaring interest rates are crushing the American household, and the American people spoke out. Congress should listen, acknowledge reality and get its fiscal House in order. Instead, it’s doubling down on stupid.

To the Republicans working with Democratic leadership to pass this bipartisan boondoggle: you should be ashamed. The idea of voting on a 4,155-page bill without giving representatives time to read it is anathema to how our system of representation is supposed to work.

Republicans were rightly outraged when Pelosi famously said of Obamacare, “we have to pass the bill to see what’s in it.” When Senate Democrats did an end run around the normal process to get Obamacare passed, Republicans were livid. Yet today, we have Republican leaders using the “pass it to see what’s in it” strategy and similar tactics to help the Democrats pass a spending bill without discussion or debate.

The United States is drowning in $31 trillion of debt, but the federal government, enabled by the Federal Reserve’s ability to print money at will, continues to spend American tax dollars at unprecedented levels with breakneck speed. If not stopped immediately, the result will be the complete collapse of the US dollar. The American economy and way of life will follow.

Republicans in Congress should reject the $1.7 trillion omnibus spending bill as dead on arrival and wait until January so the House can do its job and pass an actual budget. Failure by Congress to do so is a grave disservice to the American people and a slap in the face to the tens of millions of Republicans that voted for fiscal restraint.