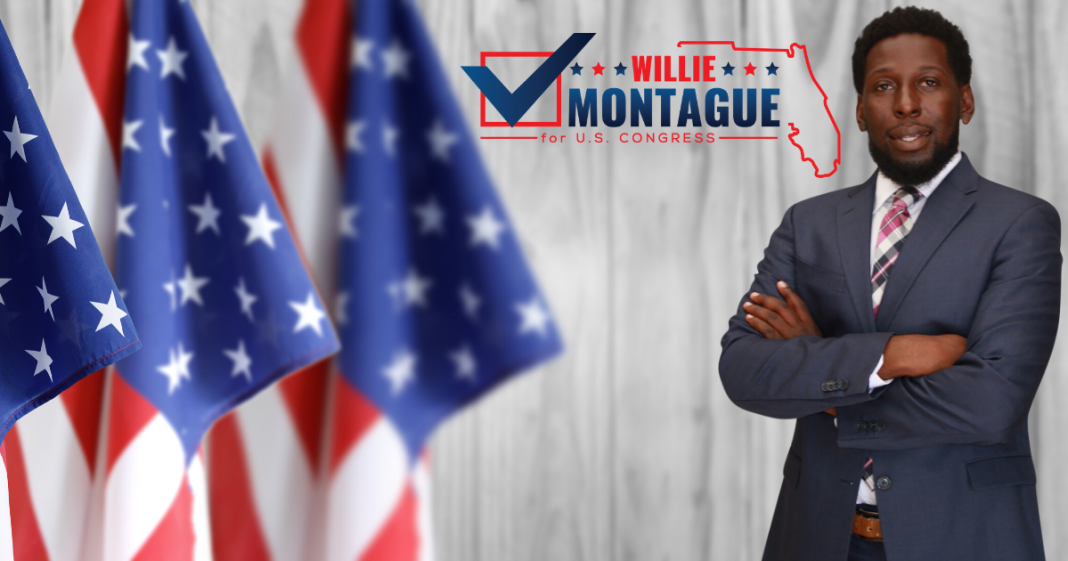 ORLANDO, FL – The Republican Liberty Caucus (RLC) has endorsed Willie J Montague for Florida’s 10th Congressional District. Montague is a pastor and has founded multiple nonprofit organizations whose focus is to empower and mentor young men between the ages of 18-25 seeking a second chance at life.

“Willie has worked on the front lines for 16 years to provide young men a second chance at a better life,” said Nye. “He has witnessed first-hand the destruction caused by the failed policies of the left, and he wants to see it stopped.”

Montague also cites second amendment rights, advocating for job creation, tax reform, market-based health care reform, and standing firm to uphold legal immigration as reasons for running. If elected, Montague says he will “go to Washington, D.C. to fight for limited government and a return to the constitutional role of governance.”

“Willie shares our view that elected officials should be citizen legislators, along with our philosophy of what constitutes good governance”, Nye said. “We are proud to support him in his bid for Florida’s 10th Congressional District.”

Candidates seeking endorsement by the RLC are rigorously vetted, and endorsements are given only to those who show strict adherence to the organization’s principles of individual rights, limited government, and free markets.