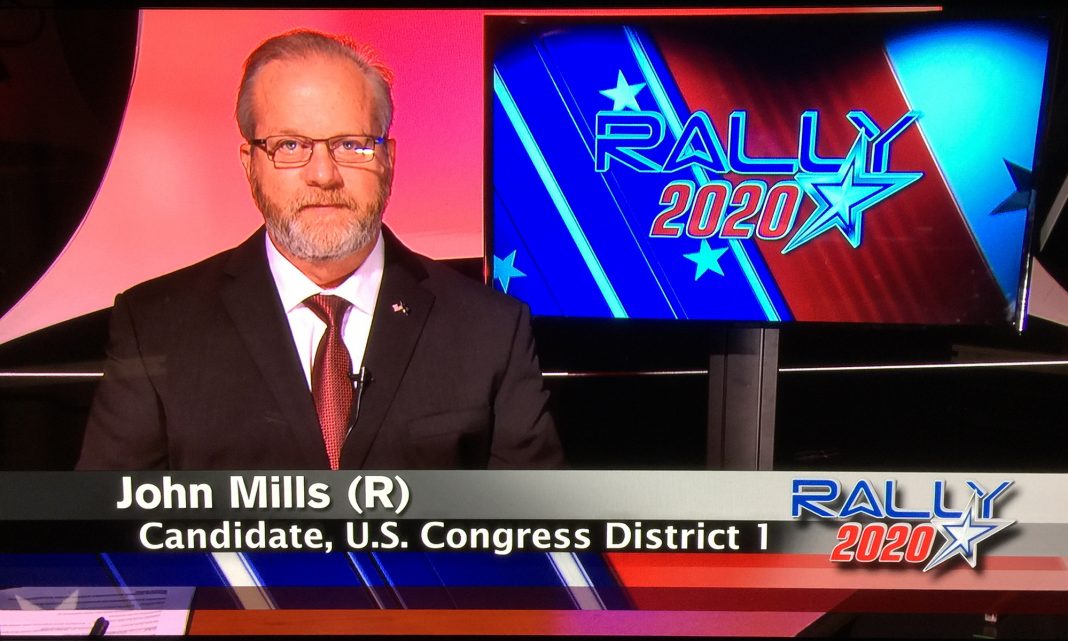 Mills is a retired U. S. Navy pilot with nearly 40 years combined uniform and civilian service – he knows how to handle crisis situations quickly and effectively.

“America is in a crisis situation, and Mills is prepared to face our challenges head on,” said Matt Nye, RLC National Chairman. “We are proud to endorse John in this race because he is a fighter, and we know he will follow through on this promises.”

The first Congressional district has more veterans than any other district in the country.

“Despite President Trump’s valiant efforts to reform the Veterans Administration, our veterans still don’t receive the level of care they should,” said Nye. “As a veteran himself, John will fight to ensure our veterans receive the assistance they so justly deserve.”

Mills believes in the philosophy of liberty and freedom as presented in the Declaration of Independence, and the enumerated powers of the Federal government as set forth in the Constitution. He thinks the current size of the federal government must be greatly reduced to fall within its Constitutional limitations.

“John is a staunch believer in the framework of limited government outlined by the US Constitution,” Nye said. “He has taken on numerous leadership roles in our organizations by building his local charter, organizing Second Amendment Rallies and serving on both our state and national boards.”

RLC endorsements are given only to those who advocate in accordance with the organization’s principles of individual rights, limited government, and free markets.