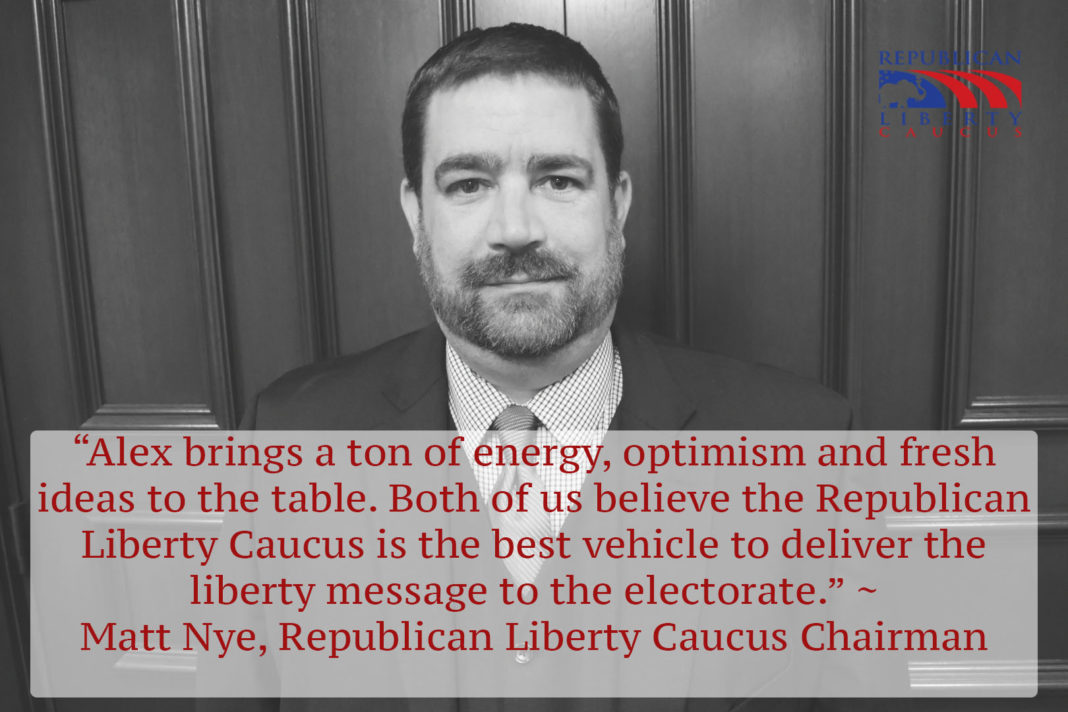 MELBOURNE, FL – The Republican Liberty Caucus is pleased to announce the selection of Alexander Snitker as its Executive Director. Alex will join the team on February 1, 2018. The selection was made after an extensive national search and selection process.

Alex, a former United States Marine, has founded several grassroots organizations. Some of his accolades include founding the Liberty First Network, a legislative advocacy group in Florida; co-authoring the “The Neighborhood Project”, a book focused on organizing an effective activism strategy at the precinct level; consulting and managing numerous local and statewide campaigns in Florida; and serving as the former Vice Chairman of the Libertarian Party of Florida.

“I have worked very hard over the years to grow liberty-minded organizations, get liberty-minded candidates elected, and move policy in the Florida legislature toward liberty,” Snitker said. “As part of those efforts, I have worked in conjunction with the Republican Liberty Caucus of Florida for several years now, and I look to dedicating my time and resources to the RLC on a national level.”

RLC Chair Matt Nye said during the interview process Snitker is one of the most enthusiastic and hard-working people he’s ever met, and he is confident Snitker will be a tremendous asset to the organization.

“Alex brings a ton of energy, optimism and fresh ideas to the table,” Nye said. “Both of us believe the Republican Liberty Caucus is the best vehicle to deliver the liberty message to the electorate.”