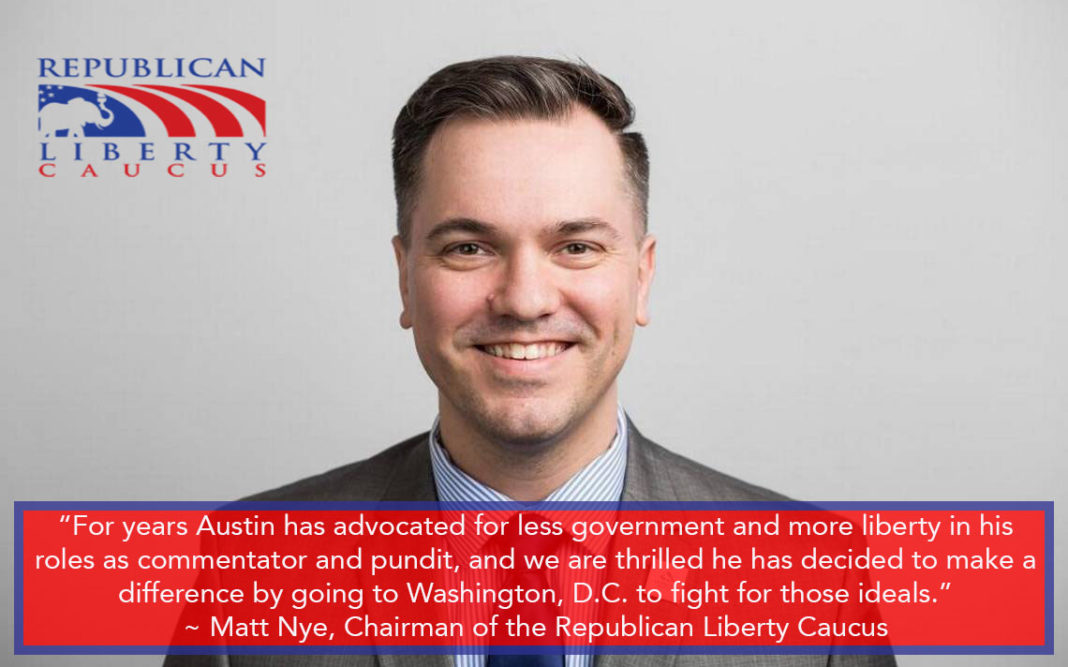 KANSAS CITY, MO – The National Board of the Republican Liberty Caucus (RLC) has voted unanimously to endorse Austin Petersen in his candidacy for U.S. Senate in Missouri’s Republican primary. The nominee will go on to face incumbent Democrat Claire McCaskill in the general election.

“Austin is the breath of fresh air Missourians need,” said RLC National Chair Matt Nye. “For years, Austin has advocated for less government and more liberty in his roles as commentator and pundit, and we are thrilled he has decided to make his voice heard in the United States Senate.”

Petersen, a Missouri native, was a candidate for president in 2016. He took second place in the crowded Libertarian primary behind Governor Gary Johnson and ahead of cyber security maverick John McAfee. Petersen is the founder of the online news source, The Libertarian Republic, and has also worked as a Producer for Judge Andrew Napolitano’s show Freedomwatch on Fox Business.

“Austin brings some much-needed common sense and has both the knowledge and the skills to effectively articulate the liberty message,” Nye said. “We don’t need another career politician in D.C., we need bold reform and leaders unashamed of consistently fighting for the principles of limited government, free markets and individual liberty; Austin is that leader and we’re proud to stand behind his candidacy.”

Petersen grew up on a horse farm in Peculiar, MO, and graduated Missouri State University with a degree in Fine Arts. After building a successful career in media in Washington, D.C. and New York, he returned to Kansas City, MO, where he now resides.