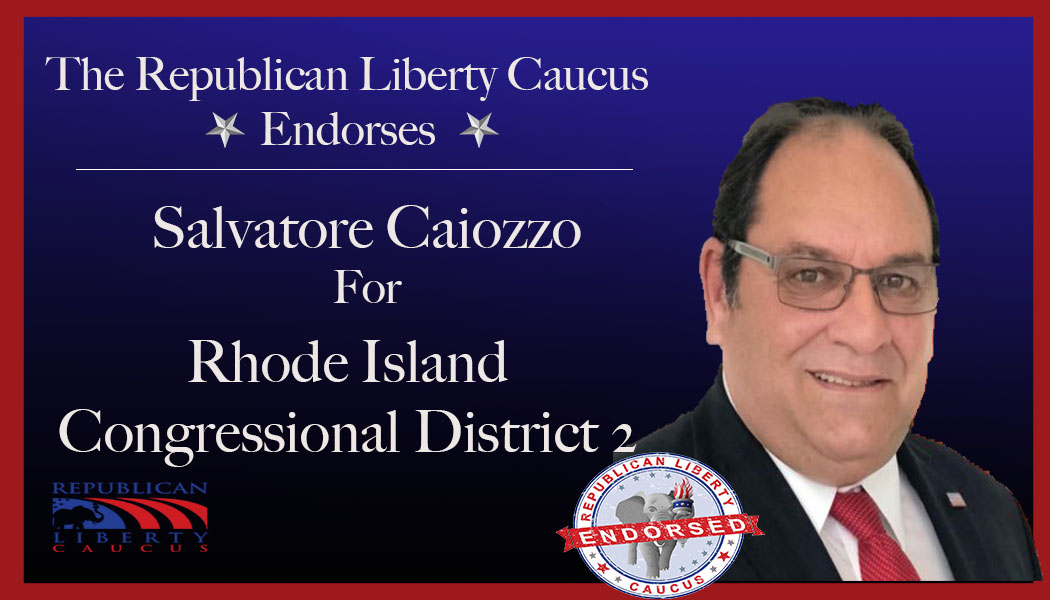 “The RLC is pleased to endorse Salvatore Caiozzo for Rhode Island Congressional District 2,” said Matt Nye, Republican Liberty Caucus National Chairman. “Salvatore’s commitment to representing the state of Rhode Island in the US House of Representatives is refreshing.”

The RLC endorsement of Salvatore Caiozzo was made through a two-stage process. The Candidate Endorsement Committee for the Republican Liberty Caucus screened Caiozzo’s candidacy first, and then recommended endorsement to the RLC National Board.

Salvatore Caiozzo is a small business man, radio host and founder of Poisoned Veterans which brings awareness to the plight of American servicemen and servicewomen.