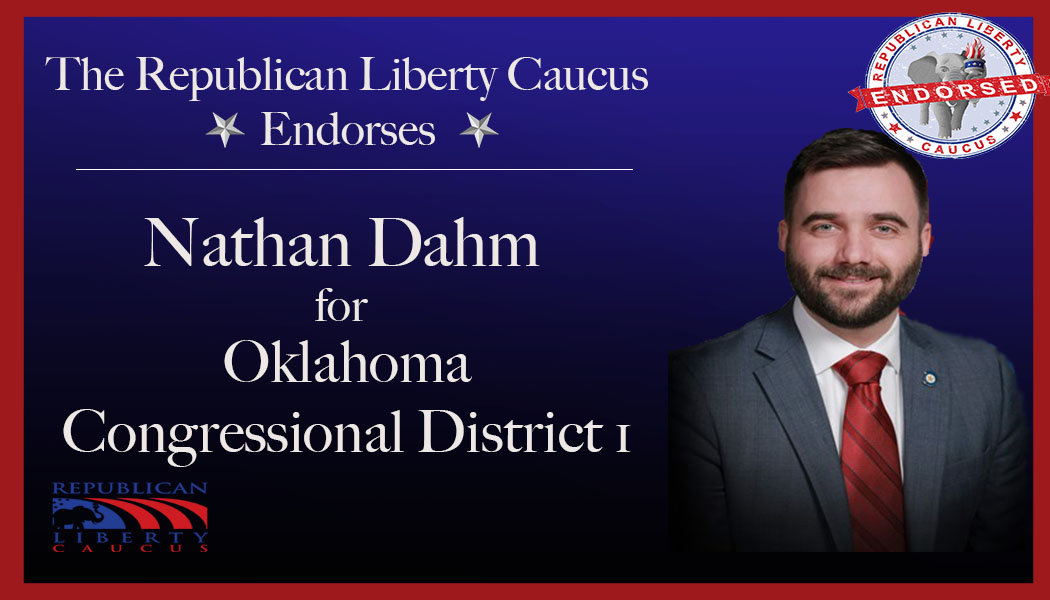 The RLC endorsement of Nathan Dahm was made through a two-stage process. The Candidate Endorsement Committee for the Republican Liberty Caucus screened Nathan Dahms’s candidacy first, and then recommended endorsement to the RLC National Board.

“Nathan Dahm has a proven record of standing for constitutionally limited government while serving the people of Oklahoma,” Nye said. “I truly believe he will bring that commitment to the US House of Representatives.”

Nathan Dahm has also served as an Oklahoma State Senator and still serves as Chair of the General Government Committee. He is been elected by his colleagues twice as the Majority Whip for the Oklahoma legislature.