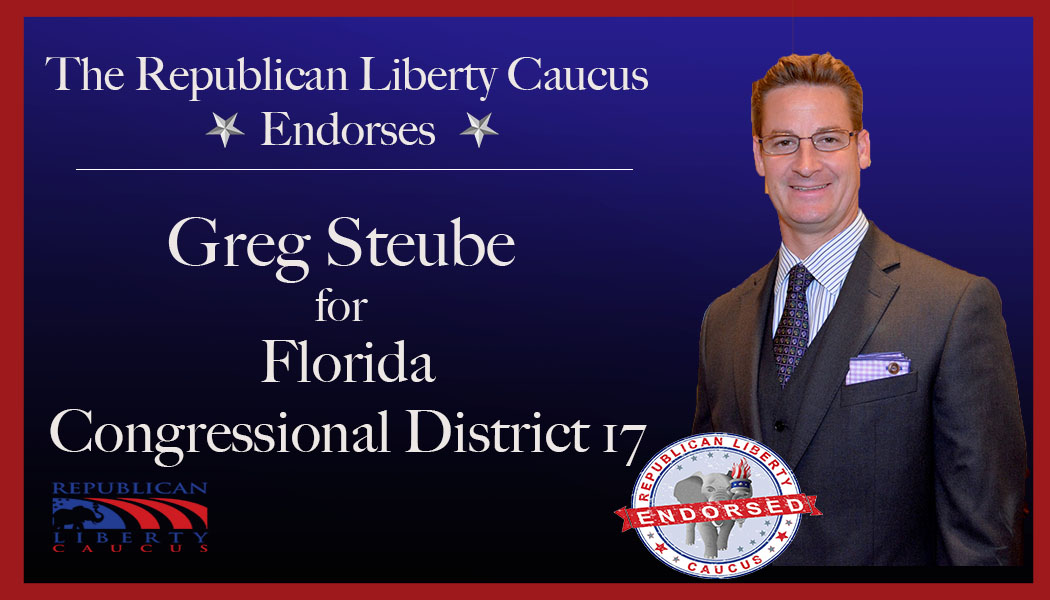 “The RLC is pleased to endorse Greg Steube for Florida Congressional District 17,” said Matt Nye, Republican Liberty Caucus National Chairman. “Greg Steube’s time in the Florida state legislature has shown that he can get things done.”

The RLC endorsement of Greg Steube was made through a two-stage process. The Republican Liberty Caucus of Florida screened Greg Steube’s candidacy first, and then recommended endorsement to the RLC National Board.

“I have worked with Florida State Senator Steube for serveral years and have always found him to be a fighter for individual liberty and the principles of small government,” Nye said. “Candidates that follow through on their promises once elected are rare, and should be rewarded when they do so.”

Greg Steube has also served as a Representative to the Florida State House and most recently, a Florida State Senator. He is an Army veteran who spent one year as a commissioned Airborne Infantry Officer, and three years in the U.S. Army JAG Corps, serving as a Captain with the 25th Infantry Division in Operation Iraqi Freedom.

Greg Stuebe is a 5th generation Floridian, currently residing in Sarasota, FL in with his wife Jennifer and son Ethan.