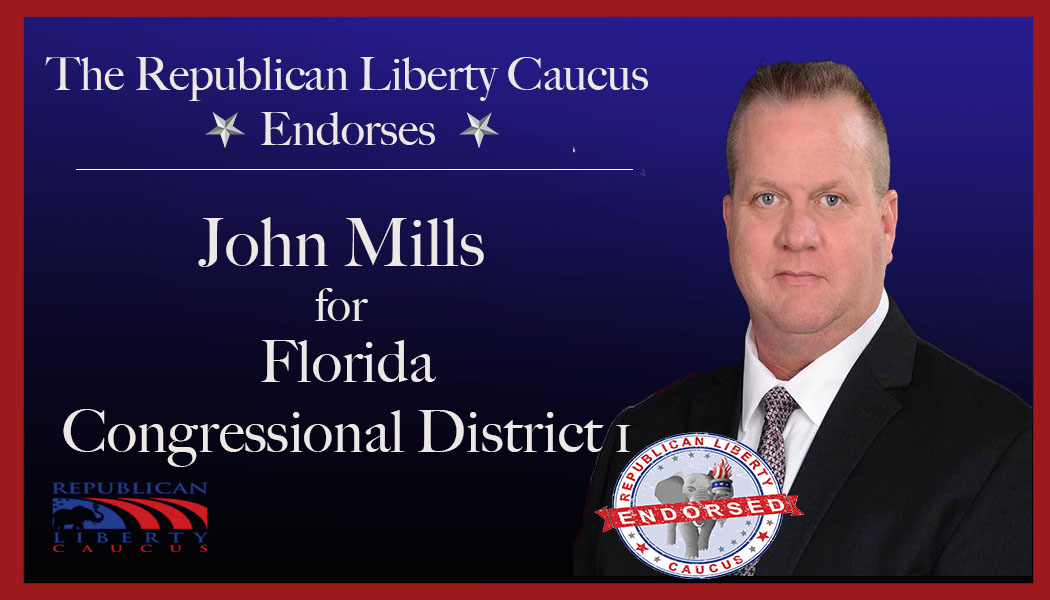 “The RLC is pleased to endorse John Mills for Florida Congressional District 1,” said Matt Nye, Republican Liberty Caucus National Chairman. “John Mills’ dedication to the ideals of liberty is just what we need in the US House of Representatives.”

The RLC endorsement of John Mills was made through a two-stage process. The Republican Liberty Caucus of Florida screened John Mills’ candidacy first, and then recommended endorsement to the RLC National Board.

“I have known John Mills for quite a while and been encouraged by his dedication to his principles,” Nye said.