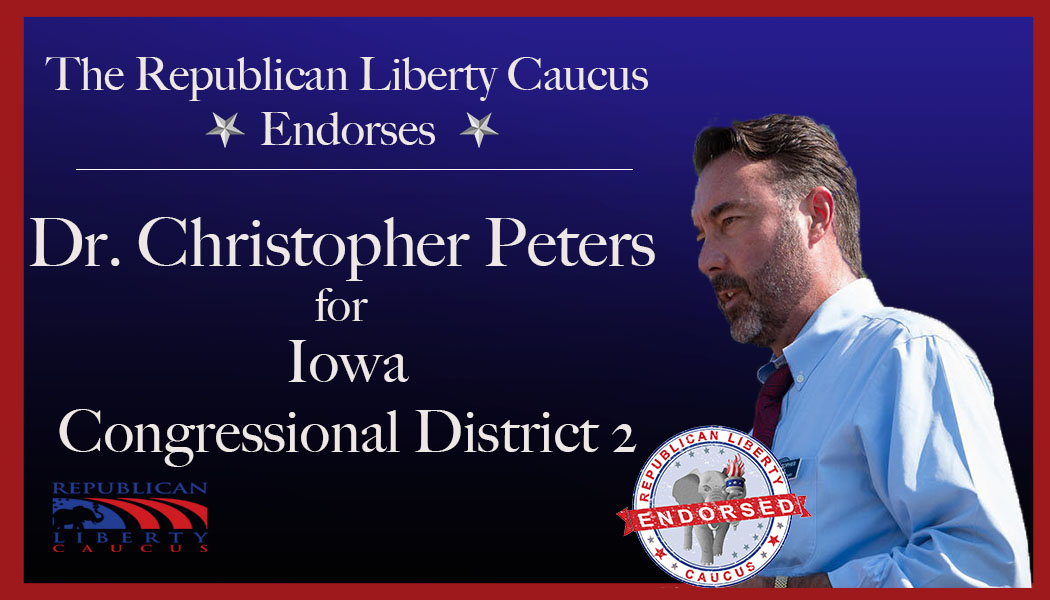 Melbourne, FL – The board members of the Republican Liberty Caucus are pleased to endorse Dr. Christopher Peters (R-IA) for Congress. Dr. Peters has been called a member of the “new generation of liberty-minded candidates.” Congressman Rod Blume, an RLC endorsed incumbent himself, encouraged Dr. Peters to run for the US House after his previous showing in the Iowa State House race in 2016. Dr. Peters credits Ron Paul for his political philosophy. His dedication to restoring liberty, prosperity, civility in politics, and common sense are traits this organization respects in a candidate. We encourage all who value the free market, a strong constitutional military, true health care reform, the protection of civil liberties, and common sense government reform to support his campaign.