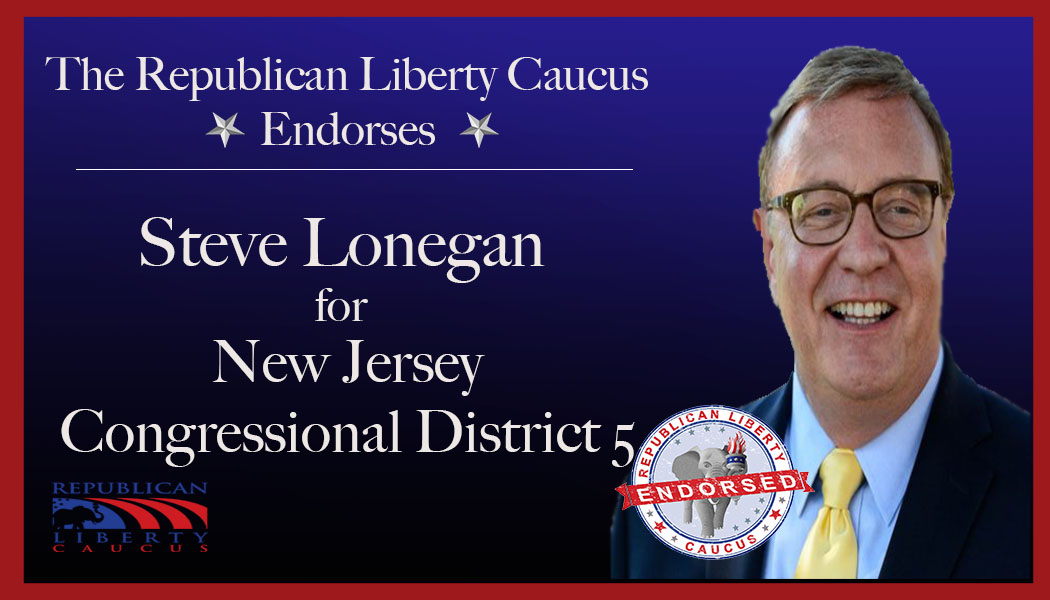 “The RLC is excited to endorse Steve Lonegan for New Jersey Congressional District 5,” said Matt Nye, Republican Liberty Caucus National Chairman. “He is a fiscal conservative who has shown that he can get things done.”

The RLC endorsement of Lonegan was made through a two-stage process. The Republican Liberty Caucus Candidate Committee screened Steve Lonegan’s candidacy first, and then recommended endorsement to the RLC National Board.

“Steve’s time as Mayor of Bogota, New Jersey and his continued fight for the taxpayers of New Jersey has shown his dedication to fighting for fiscal restraint and limited government,” Nye said. “Candidates that follow through on their promises once elected are rare, and should be rewarded when they do so.”