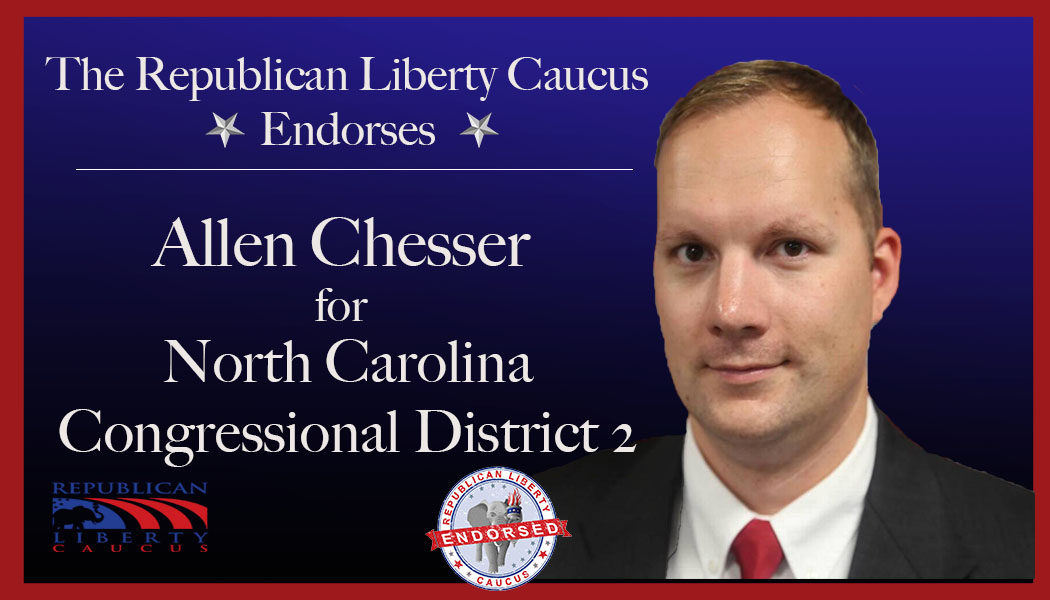 Melbourne, FL – The Republican Liberty Caucus is proud to endorse Allen Chesser II for North Carolina’s 2nd Congressional District. His campaign is centered around three fundamental principles: faith, family, and freedom. “I believe in principles, and I believe that principles require action. So, not only do I have a belief pattern, but I believe it is incumbent upon me to take action to thereby show people principles. Principles without action are just rhetoric.” Chesser is combat veteran, law enforcement officer, and a self described Constitutional Conservative.

He’s committed to not only fight to keep government operating within its Constitutional bounds but also to bring term limits to Congress. He cites the ineffectiveness of Congressional leaders as a major factor in his decision to run for office. He will bring his principled time tested leadership experience with him should the people of North Carolina elect him to be their congressman. The Republican Liberty Caucus supports candidates who adhere to principles and act upon them. We encourage Republicans to help elect Allen Chesser.