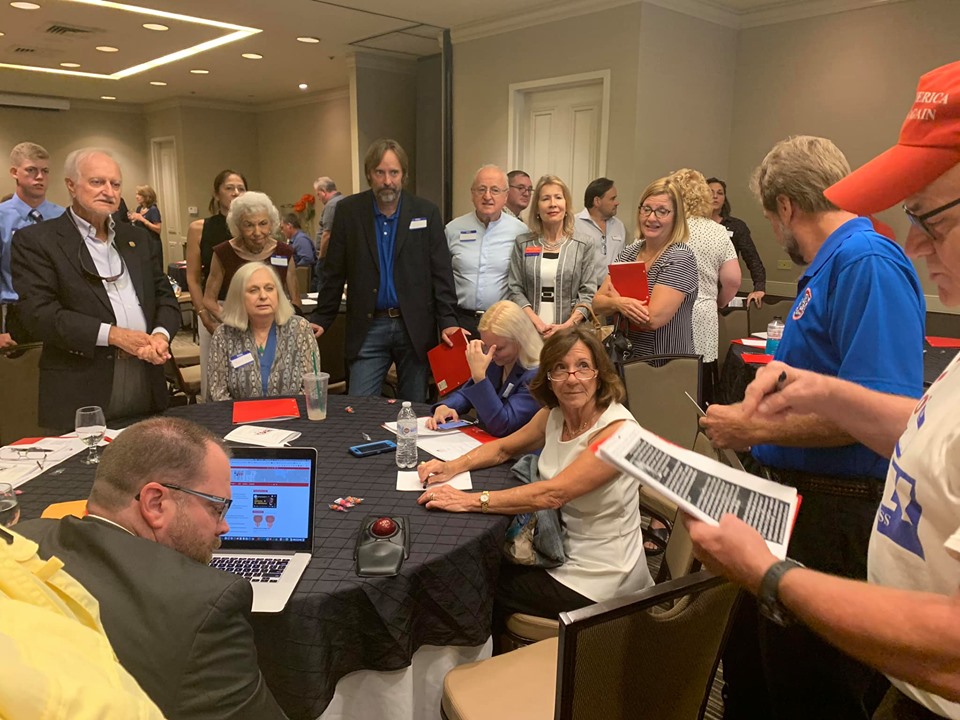 Facebook
Twitter
Pinterest
WhatsApp
Melbourne, Florida – September 14th.  Approximately 60 delegates from around the state came together in Melbourne for the 2019 biennial convention of the Republican Liberty Caucus of Florida. Officers and directors were elected during the business meeting that morning followed by lunch with noted Constitutional writer and lecturer KrisAnne Hall as the speaker. Three panel discussions in the afternoon featured Florida Legislators Anthony Sabatini, David Smith, Byron Donalds and former house member and Agriculture Commissioner candidate Matt Caldwell. Erika Donalds, founder of the School Choice Movement was also a panelist, as were Liberty Lobbyist John Hallman and US Term Limits Executive Director Nick Tomboulides. National Chairman Matt Nye was also a presenter at the convention. Clearly this was the most successful convention ever for the RLC Florida!
Many of the convention delegates joined with 250 local Republicans later that day for the 11th Annual Constitution Day Dinner presented by the Republican Liberty Caucus of Central East Florida. Keynote speakers Byron and Erika Donalds, along with featured guest speaker KrisAnne Hall provided stirring and inspiring remarks to a very receptive audience. Other highlights of the evening included a very successful gun raffle along with the presentation of the Jefferson Cup to Pat and Dave Pasley, and the Chairman’s Leadership Award to John and Barbara Weiler.