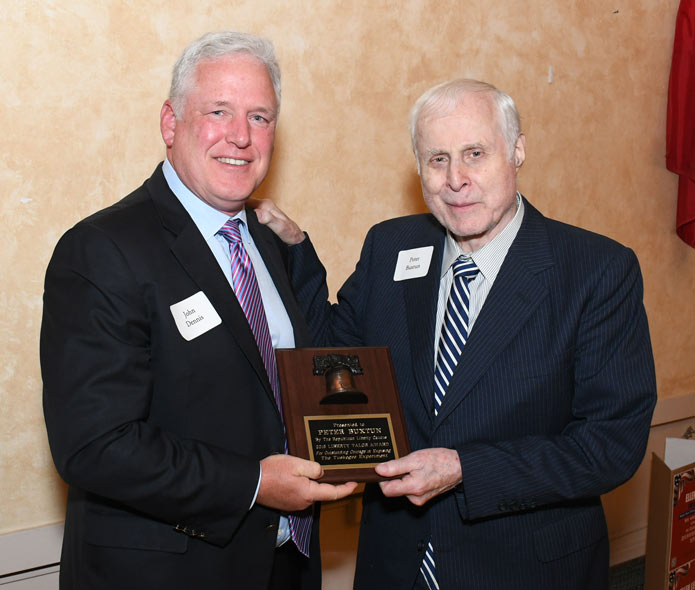 The Republican Liberty Caucus has awarded the first annual Liberty Valor Award to Peter Buxtun of San Francisco, California. The Liberty Valor Award (LVA) is presented to those who represent the spirit of individual liberty in the face of government overreach, incompetence and tyranny.

In the 1960’s Peter worked as an epidemiologist at the former US federal Department of Health, Education and Welfare when he learned of the Tuskegee Syphilis experiment. The experiment, begun in 1932, infected black men in Macon county Alabama with the syphilis bacterium and recorded its effects over the decades that followed. None of the experiment’s subjects knew they had been infected.

Despite having penicillin confirmed as a cure in 1952, the subjects of the experiment were never treated.

In a chance encounter in a coffee room in 1966, Buxtun became aware of the experiment. He filed a complaint with his superior, questioning the experiment’s ethics.

Despite continuing complaints through the chain of command, the experiment continued until 1972 when Buxtun leaked information to a reporter at the Washington Star. Within 24 hours, the story was on the front page of the New York Times.

Senator Edward Kennedy held congressional hearings at which Peter testified. At those hearings Peter said “I felt what was being done was very close to … an institutional form of murder … it had become an accepted thing within the Public Health Service … not subject to review.”

Republican Liberty Caucus chairman Matt Nye said “In an era when retribution against whistleblowers encourages government abuses, Peter’s story is both poignant and, at the same time, a beacon. Governments have awesome power. Whistleblowers help prevent that power from running amok.”