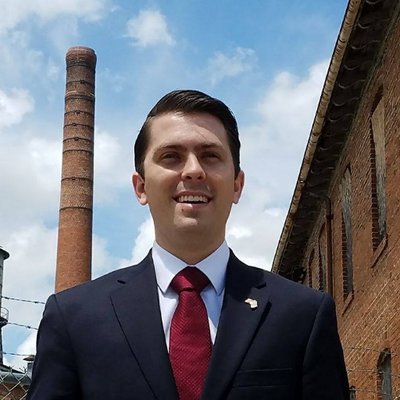 I am writing to you regarding the upcoming election for the leader of Brevard Republican Executive Committee. I know that you and several others have mentioned that there is a need to replace the current leadership of the BREC and keep the county Republican. I was initially skeptical, but after completing the campaign as the Field Organizer for the RPOF, I have become deeply concerned about the direction of the BREC.

Under the leadership of the current Chair, Rick Lacey, we seem to have relegated our legal responsibility of providing poll watchers or support for a candidate, while simultaneously creating deep rifts in the fabric of our party across Brevard. It was mentioned to me by several people during this campaign cycle that I should run for the chairmanship of BREC and that there was a movement afoot to bring the BREC back to functionality and leadership in the state. After serving in this campaign and seeing the need first hand, I feel compelled to offer myself to lead the committee.

Growing up in Brevard, I served on my first campaign in 2008 at age 16 stuffing envelopes for the soon to be Congressmen Bill Posey. I was happy to support a man who would be stepping into the shoes of Dave Weldon and continuing the legacy of conservative leadership in Brevard County. In 2010, I served as an intern working with Charles Steen and the RPOF thirty-five hours a week and while being a fulltime college student in order to help Marco Rubio and Rick Scott win their first terms. After the campaign, I joined the BREC and worked to improve my precinct and district becoming District 4 Vice Chair. During the 2012 campaign, I served on the campaign for Dave Weldon, my childhood hero, helping him run one of the most cost-effective campaigns in history. Later that year I was privileged to join the Texas Delegation at the Republican National Convention in Tampa. Throughout my time in law school in Georgia, I continued to support conservative causes establishing a Young Americans for Liberty Club, being elected as Treasurer of the Republicans on campus, and serving as my class representative for 2 terms in the Student Bar Association. In August after returning to Florida, I gave Margaret Goudelock, RPOF Regional Field Director, a call and have worked every moment of every day for 4 months to see our party succeed in this election. Through this process, I remembered what I have always loved and desired to do which is help put good leaders in positions to succeed. Through this process, I built teams of youth who knocked on over 83,000 doors in our county and personally contacted over 20,000 voters through both phone calls and door knocking on our way to sweeping Brevard County. Our hard work paid off in achieving a 75.8% turnout among Republicans this year and thus guaranteeing victory for our Brevard Republican slate across the board.

Through this process, Rick Lacey was notably absent. Every time we needed him, he was nowhere to be found. Every time there was a photo op, there were not enough cameras to be chased. Rick Lacey was happy to tell others to phone bank, not doing so himself. Rick Lacey was happy to tell others to door knock but left after the photo op to rub elbows with the next group. Rick Lacey loved the concept of being chair, but when opportunities came dressed in overalls and looked like work, he was nowhere to be found. In recent days, he has stooped to canceling the November meeting to thwart challengers and retain the chair for himself. Throughout these final days of his term, there have been uncoordinated calls to action and last-minute emails to be able to say he did something, but the truth remains that when we have needed his leadership, Rick Lacey was nowhere to be found. Due to this void of leadership and the obstruction of normal election proceedings I am contacting you directly to offer my candidacy for Chair.

I know that I am young, but I have been doing the work in Brevard for Republicans and the conservative movement for 10 years. I am answering the call for leadership to restore the Party in Brevard. I will continue to do the work, so our elected officials and candidates can finally feel the support that they deserve from our party in Brevard County. I want to build this party and enable our candidates to succeed. I would like to ask for your support in running for the chairmanship of the Brevard Republican Executive Committee to do the work of being Chairman, building others and positioning our party for success both in the off year and in 2020.