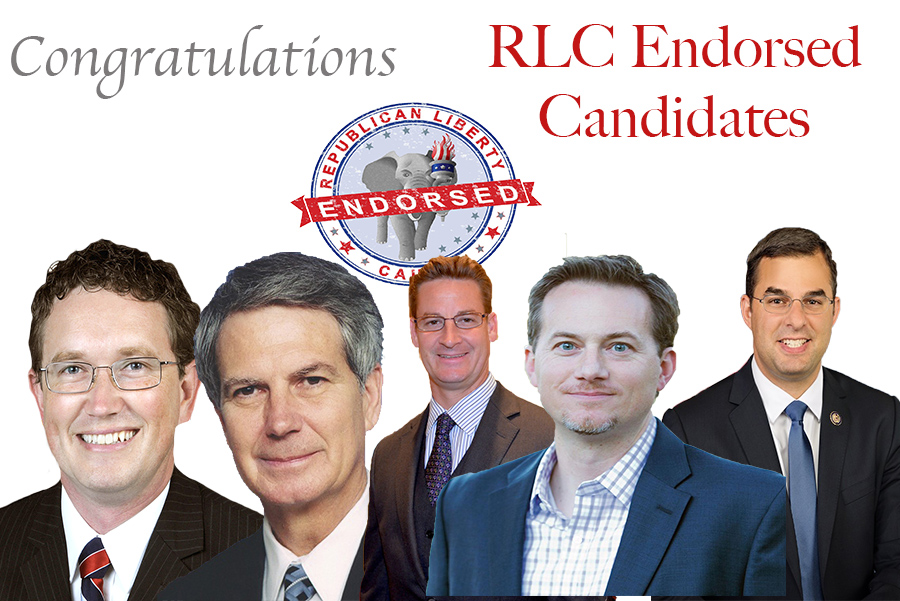 Election Day saw Republican Liberty Caucus endorsed challengers, Michael Cloud, Greg Stuebe, Christopher Peters, Eric Brakey and Salvatore Caiozzo taking their message of liberty and freedom to the polls for the first time. While incumbents, Walter Jones, Thomas Massie, Justin Amash and Rod Blum were seeking new terms as our champions of liberty. The results were mixed but RLC endorsed candidates overall did well this cycle: of the nine general election endorsed candidates for the RLC, five won their elections.

Those included newcomers Michael Cloud of Texas and Greg Steube of Florida. They are joined by returning Congressmen Thomas Massie of Kentucky, Justin Amash of Michigan & Walter Jones of North Carolina.

Christopher Peters, Eric Brakey, Salvatore Caiozzo and Rod Blum all ran great campaigns and we want to thank them for standing up for the principles of freedom in their hard fought campaigns.

The Republican Liberty Caucus congratulates the winning candidates and we look forward to working with them in the future.